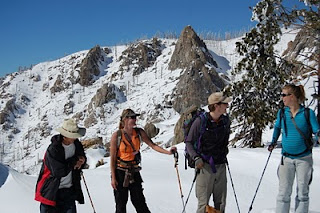 After a long January Thaw, the weather has gotten more active again in the Southern Sierra. If you are a skier or paddler, these storms are great; the nice weather in between storms is even better!


A Friday-Saturday Storm dumped some nice cold snow in the Sierra and Sunday looked as nice at it could possibly look for heading out in the back country. The crew met for breakfast at the new Bayesian Cafe (mmm Crepes) and then hit the road up to Sherman Pass. Hoping for a nice plowed road up to the standard starting spot, we were a little dissapointed when we turnined up the road and it was immediately evident that the plow had taken the weekend off.
The Chain Gang 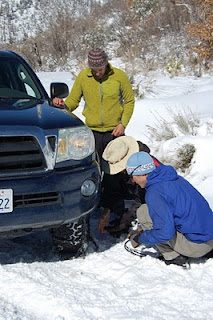 No Problem though, the Tacoma has chains and a good set of snow tires, so we put all the weight in the back and the chains on the front and gave it a go. It was such a nice day that the ride in the back seemed pretty pleasant.

Rebecca and Marc enjoying a lift with no lines 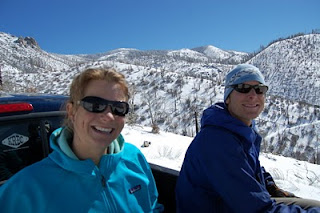 Dave and Allsion are Stoked 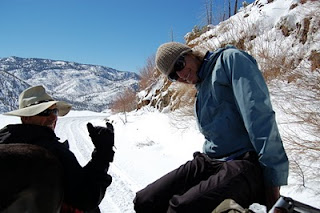 The Skin up was a bit long; some of us had not been skiing enough this January. Still, despite the sore tele muscles, the scenery and the day were both spectacular. 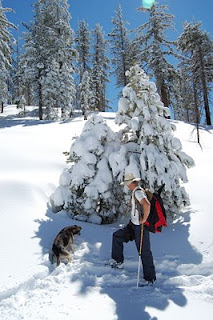 Allison enjoying the weather at the top 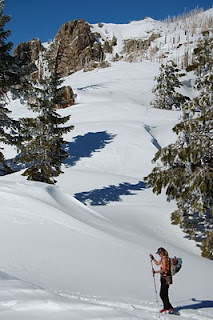 If you don't already know, Rebecca is skiing for two these days. She is getting pretty big (due May 26th), but still able to get out and do plenty. Turns out all the motion on the skis and the bike tends to put the baby to sleep (surfing. on the other hand, makes her wiggle a bunch) 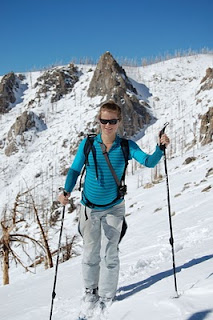 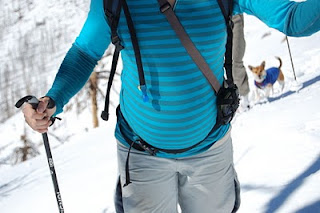 This is the third trip in a row that we have gotten to the top of the Embry Bowl and had absolutely no wind and fantastic weather. So we all were able to stop and enjoy the view 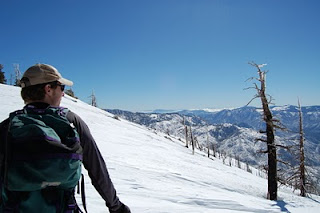 Check out my stylish (borrowed) shades! 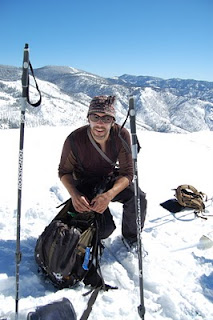 Dave thinks they are hilarious 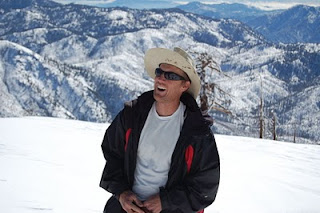 or maybe he was laughing at this... 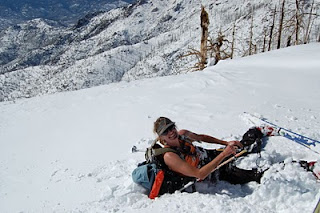 Marc and Keji having another great day in the snow 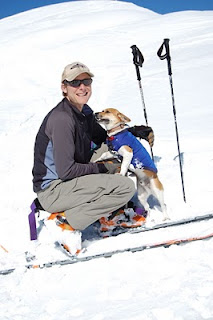 After a bite to eat and some good laughs it was time to head down the hill; the snow wasn't quite epic, but it was excellent! 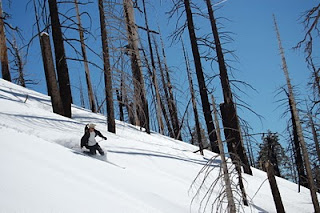 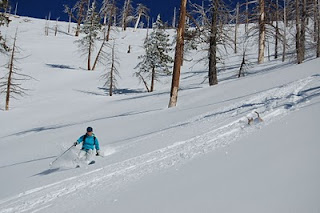 Marc having and Embry Day 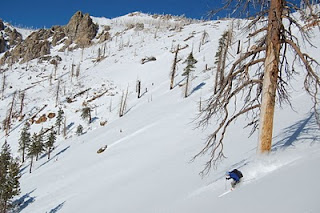 Allison Ripping it UP! 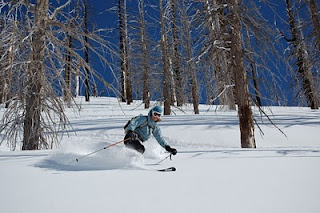 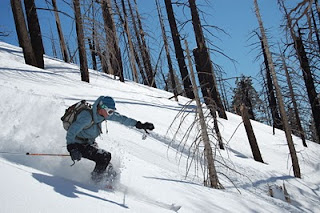 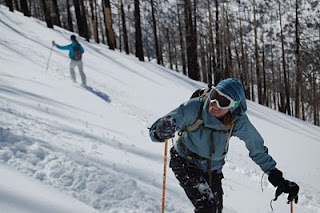 The snow got a bit thin on the exit; we have definately lost some snowpack in the 6000-8000 ft range, but it sure looks like the high country has plenty for this time of year. Looks like the March Snowpack report for the Kern Drainage is at bout 135% of April 1 - gonna be another great year!

I found your blog when I was searching the web for snowpack photos in the Sierras.

My name is Deborah Peters and I work for Las Virgenes MWD in Calabasas, CA. I design the district's customer newsletter and was hoping you might have a photo I could use. Some of your shots are great, but 1) I always ask permission and 2) if possible I'd rather not have anyone one in the photo.

If you have a photo or two that you would like to provide the district for reproduction in our customer newsletter, that would be great. My e-mail is dpeters@lvwmd.com You can reveiw our past newsletters at http://www.lvmwd.com/index.aspx?page=199

I look forward to hearing from you.